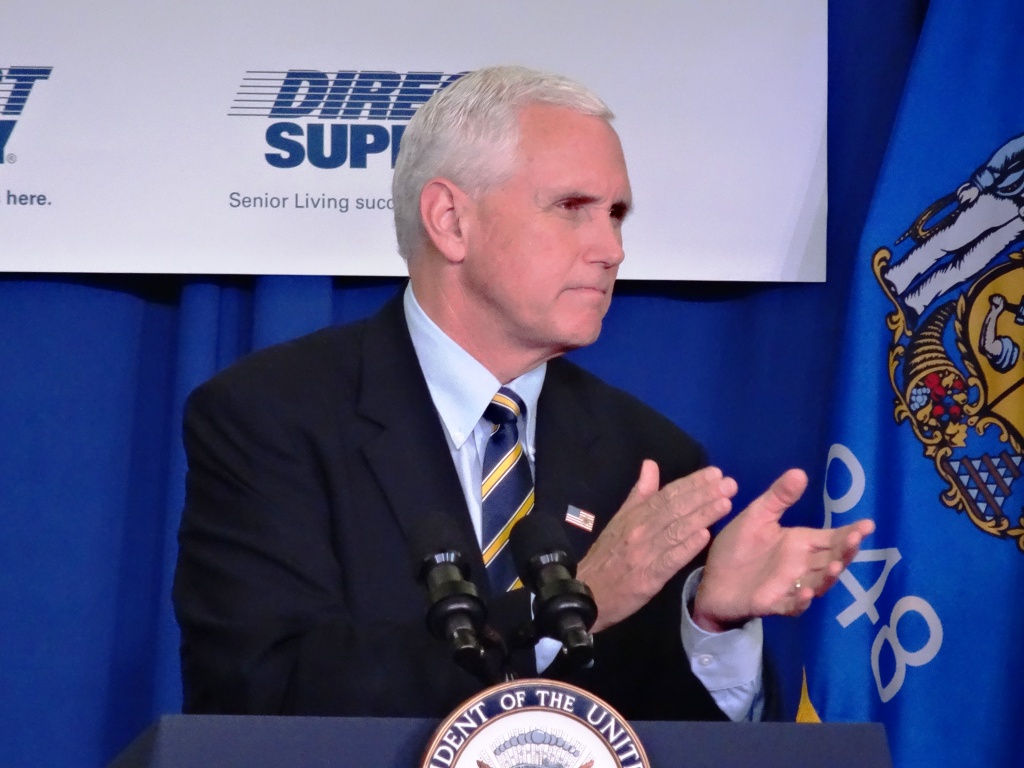 Pence in Milwaukee: Those with pre-existing conditions will have access to care under GOP plan

Vice President Mike Pence on Saturday promised that people with pre-existing conditions “will have access to the coverage and care they need, no exceptions” under the GOP plan to repeal and replace the Affordable Care Act

Pence declared President Trump “believes in states-based solutions” for Medicare and Medicaid and would urge states to make their own decisions. 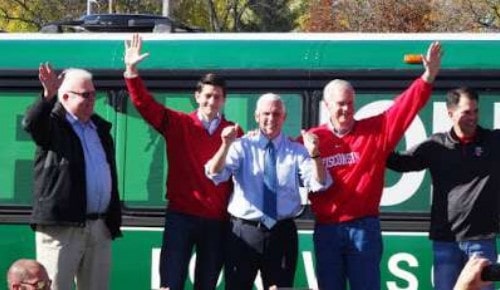 House Speaker Paul Ryan told GOP voters Saturday “it’s time to come home and go out and vote,” while U.S. Sen. Ron Johnson warned there is a “razor-thin margin” in his race with Dem Russ Feingold. Meanwhile, GOP vice presidential nominee Mike Pence called Donald Trump “a winner, a fighter” during
a rally here. “And until very recently it seemed like he was out there fighting all on his own,” Pence said. “But now this movement is coming together, this party is coming together, Wisconsin is coming together. Let’s elect Donald Trump the next president of the United States.

Gov. Scott Walker formally kicked off his long-anticipated campaign for the presidency Monday, promising to take nationwide his battles in Wisconsin fighting unions and other “big-government special interests.” Walker also pledged to take the fight to those who threaten America’s safety around the globe and to stand up for the rights of life, liberty and the pursuit of happiness, religious freedoms, and for the “healthy or sick, born or unborn.”

Gov. Scott Walker says he will sign a proposed ban on abortion after 20 weeks regardless of whether it includes exemptions for rape and incest. The current draft of the bill, up for a joint public hearing today, does not include the exceptions, and Speaker Robin Vos, R-Rochester, has said he was unsure if the bill would move in his house without them. Walker earlier this year issued a letter pledging to sign a ban after 20 weeks once it reaches his desk.

Obama strategist David Axelrod said today in Milwaukee that he regards Walker very seriously as a presidential candidate, calling the guv a “very practiced and accomplished politician.” Still, he added it’s early in the race and Walker “has a lot to prove.”

In an exclusive interview, U.S. Sen. Ron Johnson (R-Wis.), laments the growing division in the Republican party, defends his testy exchange over Benghazi with Hillary Clinton and his use of filibuster to defeat Obama nominees; but backs off on tactic of “defunding” Obamacare.

U.S. Sen. Ron Johnson tells WisPolitics he voted for the USA Freedom Act because he “recognized reality,” despite his belief that limiting NSA monitoring of citizens’ telephone calls “is hampering our ability to do effective intelligence gathering.” The House bill, co-authored by U.S. Rep. Jim Sensenbrenner, R-Menomonee Falls, received 57 votes late last week, three votes shy of what was needed to advance the legislation after it had already cleared the House. 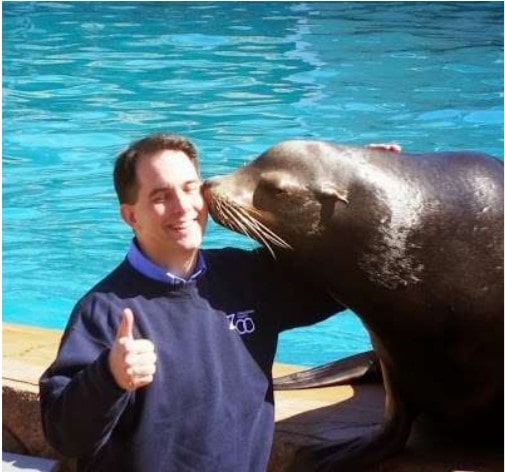 Walker and Tourism Secretary Stephanie Klett visited the zoo, where they also handfed fish to a seal named Scooter and visited the penguin exhibit. Later they headed to La Crosse to tour the Loggers baseball stadium and then to Green Bay, where they visited the construction site for the Green Bay Packers Hall of Fame.
The tour came to mark the start of this year’s National Travel and Tourism Week, which runs May 2-10. Walker’s administration announced the tourism economy topped $18.5 billion in 2014, a $1 billion boost from $17.5 billion in 2013. The 5.5 percent increase was spurred by a rise in both visits and spending per trip.

New York Mayor Bill de Blasio said Saturday night Gov. Scott Walker has won elections in Wisconsin by “peddling a series of falsehoods,” but has to be taken seriously in his bid for the presidency because he presents himself in a likable way. De Blasio spent a good portion of a nearly 40-minute speech at the Democratic Party of Wisconsin’s Founders Day Gala talking about Walker.

Gov. Scott Walker says he’s in favor of continuing to allow legal immigration into the U.S. if “first and foremost we protect American workers and American wages.” “If that can be done, then certainly we can continue to have legal immigration,” Walker told reporters Wednesday afternoon near Appleton.